Spreading on hilly terrain is not easy to control. The ALTA system makes complete uphill and downhill tank unloading a reality. It stands out for its front unloading pipe (downhill emptying) and rear unloading pipe (uphill emptying). The pipe is selected via two immersed hydraulic valves that are controlled manually from the in-cab iControl 7S terminal.

Even spreading in hilly areas

The ALTA system completes the most demanding spreading tasks. It is compatible with the upper unloading pipe linked to the flow regulation valve and turbo feeder. It prevents system failure, ensuring an even and consistent spread. The ALTA system makes better use of organic fertilisers in hilly terrain or mountain regions.

Tanks will soon include an inclinometer to provide an incline reading in real time. This information will be sent to the in-cab iControl 7S human to machine interface, which will be able to automatically select the front or rear valve with no operator input required. The aim is to reduce the driver’s mental workload and to make it easier for him to drive in emptying mode. 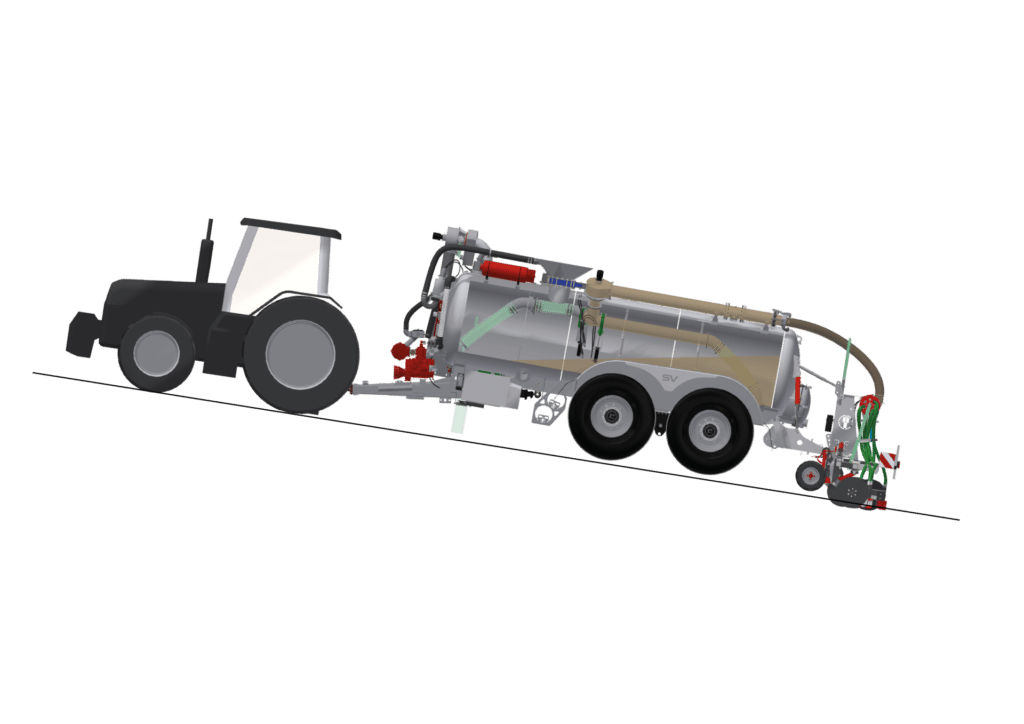 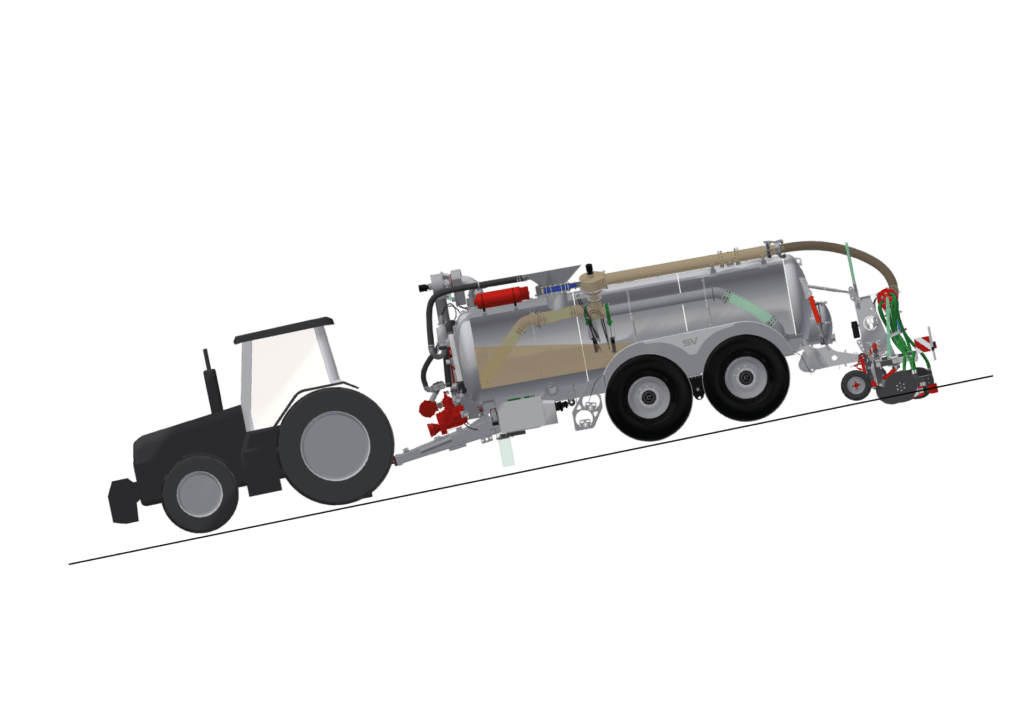